On the occasion of Shimadzu's 50th year of producing mass spectrometry instruments, we talk to researchers using Shimadzu MS instruments in their daily work and ask about their expectations for Shimadzu and the future of MS technology. 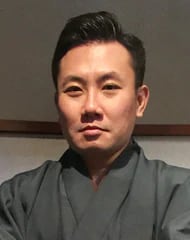 1. How did you become familiar with Shimadzu?

I first heard about Shimadzu when Koichi Tanaka won the Nobel Prize for Chemistry in 2002. At the same time, Masatoshi Koshiba was awarded the Nobel Prize for Physics. He was at the University of Tokyo, where I was studying fundamental particle physics. Two Japanese researchers winning the Nobel Prize in the same year was an event that has remained in my memory as worthy of commemoration.

One year later, I decided to change my main area of study from physics to biology, and I entered the lab of Prof. Mitsutoshi Setou at Mitsubishi Kagaku Institute of Life Sciences as a research student. At first I was carrying out basic experiments in molecular biology, but with some luck I was able to begin some research using mass spectrometry. At the same time, I embarked on research on MS imaging (MSI), a technology which was then in its infancy, and was involved in the development of specialist MSI instruments. In order to produce instruments domestically, we submitted a proposal together with various Shimadzu engineers to the JST-SENTAN program [a program promoting the development of technology to advance analytical measurements and systems], which began in 2004. That was the beginning of our collaboration with Shimadzu Corporation.

2. What is your main field of research, and how are you utilizing Shimadzu equipment?

My research field is in MSI which I mentioned above. MSI is a technology which allows ion intensity mapping of a specimen. The surface of a small segment of the specimen is treated with a matrix and subjected to direct laser ionization to obtain a mass spectrum.

Back in 2004, I was carrying out experiments with existing MALDI-TOF, but in order to obtain high-resolution images of microscopic regions, we began to develop the iMScope TRIO, which combines microscopy and mass spectrometry (ion trap time-of-flight MS). At the time, the concept of the iMScope was groundbreaking, and I was engaged personally in evaluating the prototype and developing the sample pretreatment methods.

Now the finished iMScope TRIO product is suitable not only for human and animal specimens, but also for the analysis of plant specimens, food samples, biofilms and hairs.

3. What are your reasons for choosing Shimadzu equipment?

As you would expect, the reason is that I would like to see the instruments I have had a hand in creating lead the world in their technologies. At the moment, the number of journal articles on MSI is increasing explosively. That is to say, it has become possible to carry out MSI with various different devices. However, the iMScope TRIO is pioneering in that you can obtain optical images and create ion images from them all in one device. The steps involved in operating the iMScope TRIO are very instinctive, so I believe a large number of students and researchers are able to take data without the need for particular specialist knowledge.

4. What trends are you seeing in your field with regards to the use of mass spectrometry?

The potential applications of MSI are unlimited. Every day, MSI is being used in all sorts of fields. Researchers are increasingly able to create visualizations of molecular distributions to “see inside” samples. Not only can we visualize target molecules, but using statistical methods, we are becoming able to comprehensively extract trace molecular distributions of non-target molecules in the sample. That is, we are able to apply statistical methods to reduce high-dimensional data to fewer dimensions. In general, principal component analysis, a type of linear clustering, is the most common, but in recent years there are reports of analyses using non-linear clustering such as t-SNE (t-distributed Stochastic Neighbor Embedding) or UMAP (Uniform Manifold Approximation and Projection for Dimension Reduction).

When I consider that back in 2004, we were carrying out manual data analysis on a huge number of peaks, it’s clear that we have made great progress. These dimensional reduction methods have contributed greatly to data processing in the analysis of medical specimens (mainly cancerous tissues). In this area, I have particular expectations for Shimadzu’s new data processing software IMAGEREVEAL MS.

5. What are your expectations for Shimadzu and for MS technology in general in the future?

In the field of MSI, my expectations come down to improvements in sensitivity and quantitivity. Initially it was thought that we would only be able to view phospholipids with MSI, but with the advancement of technology (both instruments and pretreatment methods), we are able to see a range of molecules, from metabolites to proteins. But I believe that by upping the sensitivity even further, we will be able to increase the numbers of molecules we can detect and process the results with non-target analysis, thereby making new discoveries that have so far eluded us. Of course, in order to interpret the data, collaborations between researchers in different fields are of great importance. I think imaging results will be among the most effective in uniting chemists and researchers with other specialties.

Meanwhile, there have been numerous reports with regards to quantitivity, but the situation is still rather chaotic. If we could achieve the kind of high-level quantitative analysis with laser ionization technology that we can with ICP-MS, it would become a much more powerful tool.

In terms of expansion, it would be good to see the iMScope TRIO and successive instruments become widely used in Asia and around the world. I hope to see Shimadzu become a world leader as a provider of both MSI instruments and new technologies.

Last but not least, my current institution Osaka University has established a collaborative Innovation Research Center together with Shimadzu. We hope that it will become a hub contributing to the expansion of MSI and metabolics research in Asia.

I would like to take this opportunity to extend my thanks to Prof. Eiichiro Fukusaki of the Department of Engineering at Osaka University as well as Prof. Junko Iida and Assoc. Prof. Shinichi Kawano of the Osaka University Shimadzu Omics Innovation Research Laboratories for all the useful discussions we have had there. 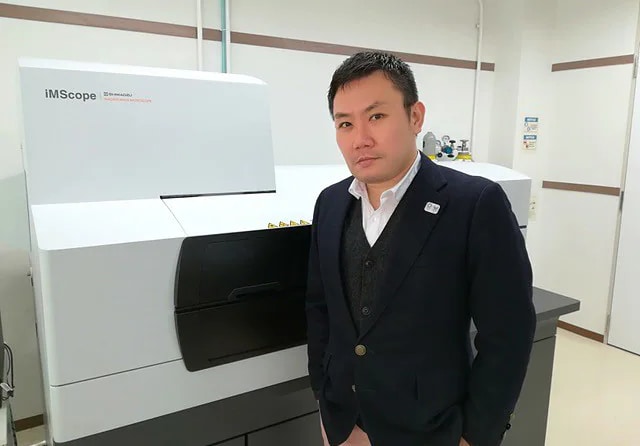 Back to User Interview Index