What is a linear transmission measurement? 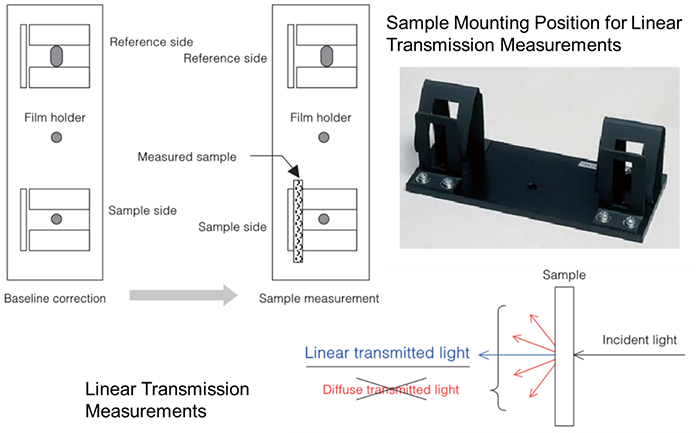 Linear transmission measurements measure the part of the transmitted light that passes straight through the sample. The figure at the bottom shows a schematic view of the measurement. This method does not detect the diffuse transmitted light. This measurement method is generally used on thin transparent film or glass not exceeding approximately 3 mm thickness. It is also used to confirm almost 100 % transmittance in a sample with double-sided anti-reflection coatings applied to suppress reflection.