What is the output of a halogen lamp? 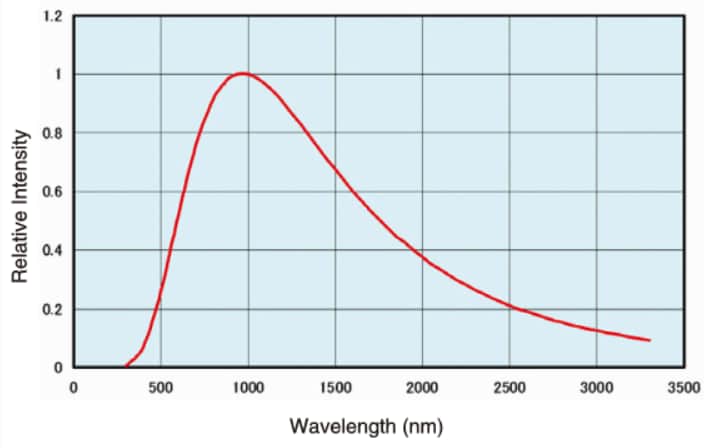 Halogen lamps are stable over time, offer a long service life (approx. 2000 hours) and are relatively inexpensive. As such, they many of the conditions required for a spectrophotometer light source.