What is the influence of functional groups? 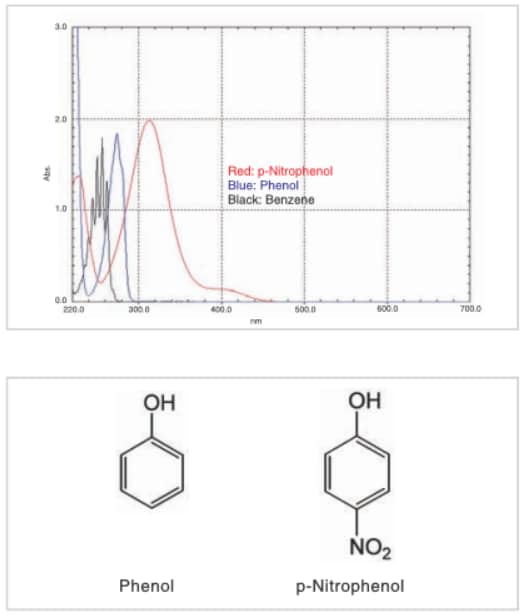 Absorption peaks are also influenced by functional groups. The top figure shows the absorption spectra of benzene, phenol, which consists of a hydroxyl group bonded to a benzene ring, and p-nitrophenol, which consists of a hydroxyl group and a nitro group bonded to a benzene ring. The functional groups influence the conjugated systems, causing the absorption peaks to appear at longer wavelengths than the peak wavelength of benzene, although they do not go beyond 400 nm and enter the visible region. The color of organic compounds, then, is influenced more strongly by the size of the conjugate system.